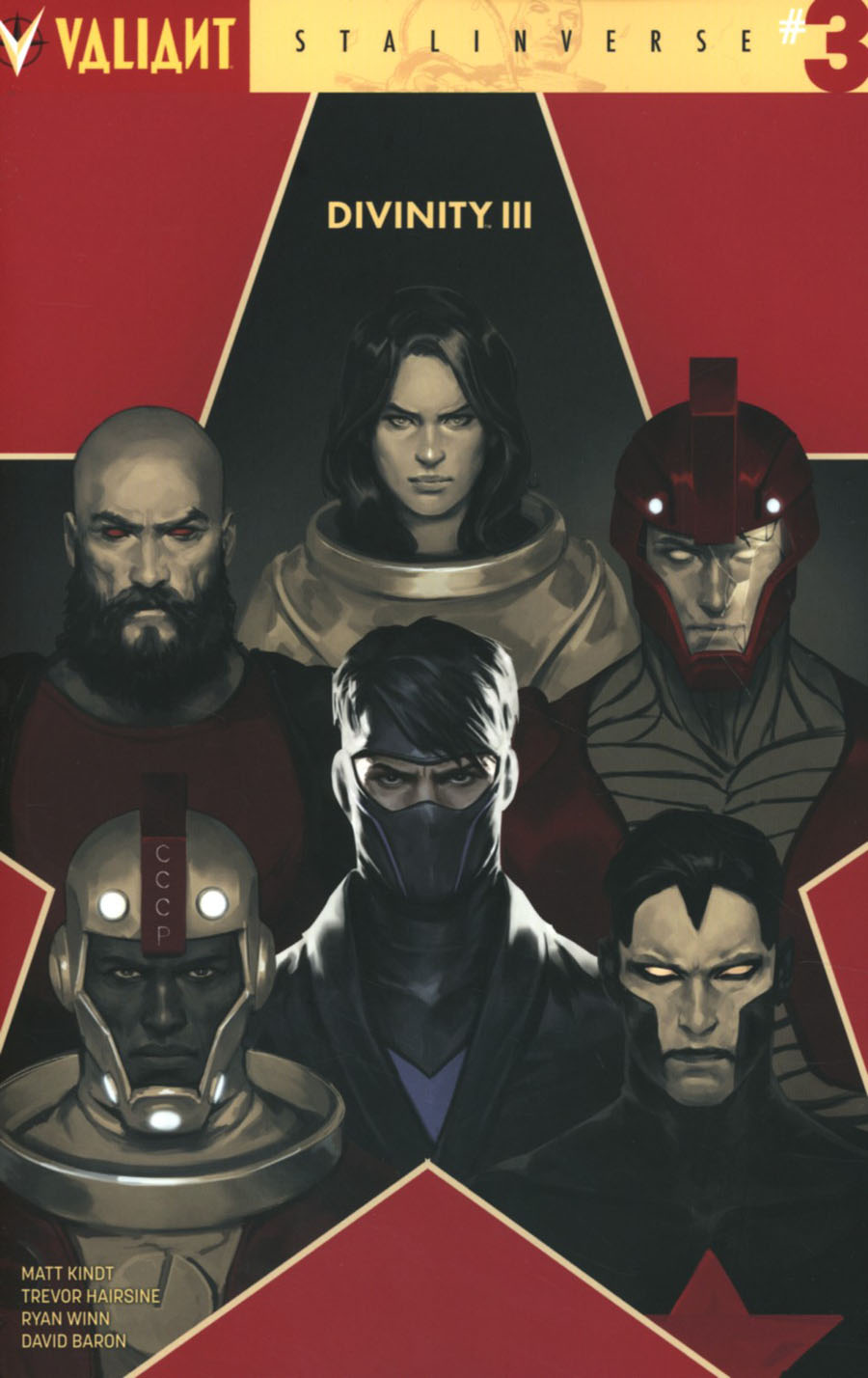 Red rebellion! Across continents, the world bows to the oppressive and ruthless might of the global Russian regime. Former Russian intelligence officer Colin King, however, knows that this reality is not his own. With the truth on his side, Colin King is about to mount a resistance with aid of the world's most feared undesirables… and release the classified asset known as Abram Adams from a prison guarded by the CCCP's greatest super powers. But when Myshka - the divinely powered enforcer of the Soviet Union - comes to crush their uprising, will the man once known as Ninjak live long enough to discover the sinister reason that the Stalinverse came to be? The truth behind Valiant's shocking new reality will finally be revealed as New York Times best-selling writer Matt Kindt (NINJAK) and blockbuster artist Trevor Hairsine (DIVINITY II) pull back the iron curtain and reveal the insidious mastermind who will stop at nothing to preserve this twisted world order!