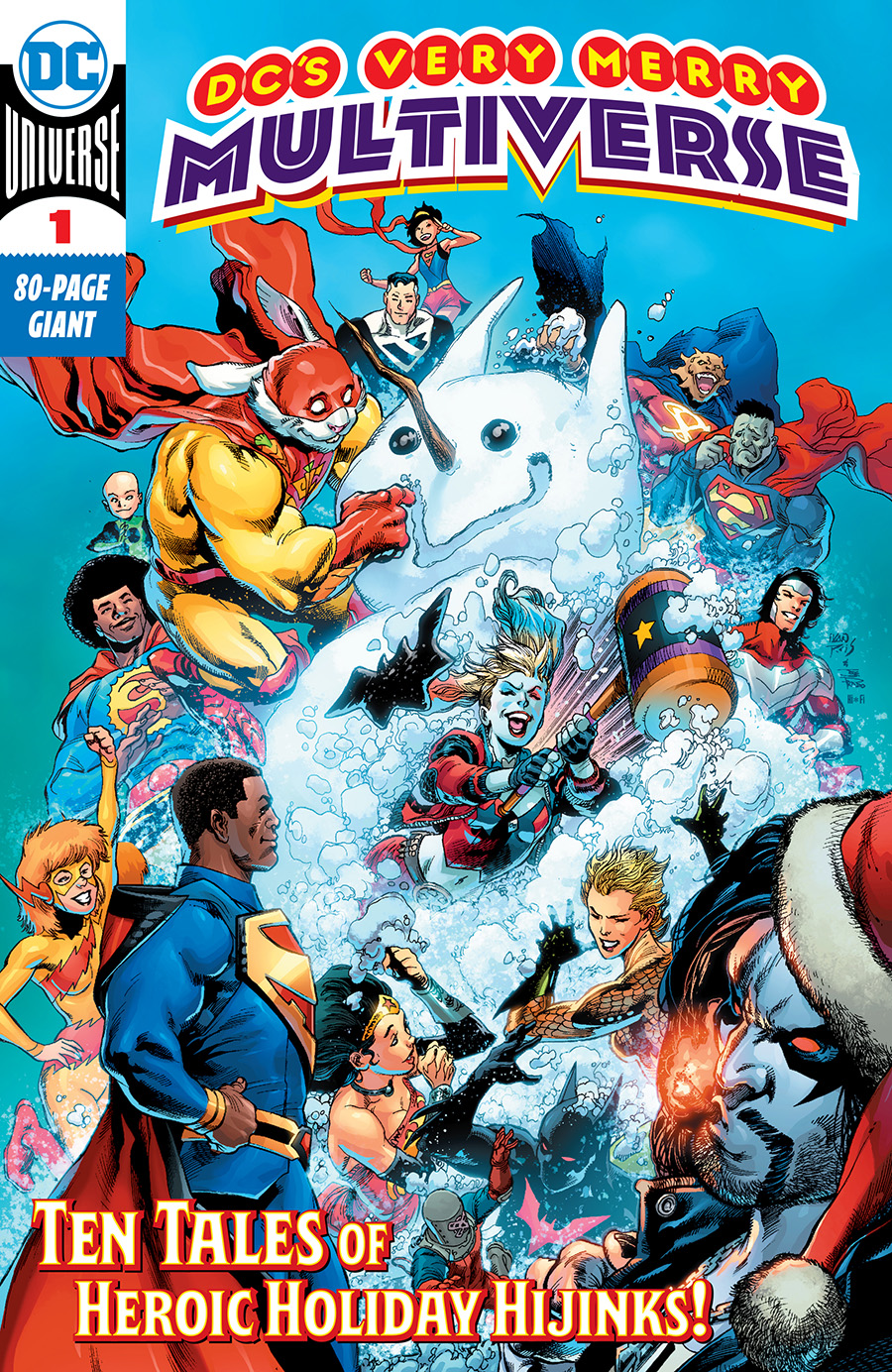 Joy to all 52 worlds—it’s time to celebrate the holiday season across the DC Multiverse! In ten stories that will light your yule log and spike your eggnog, Batman decks the gaslit halls, Lobo goes Old Testament in space, Ragman learns the true meaning of Saturnalia, President Superman attempts to figure out how Bizarro stole Christmas, and Harley Quinn tries her hand at interdimensional caroling. These seasonal sagas are sure to help you have yourself a very merry Multiverse!

Harley Quinn in "It's a Horrible Life!"
Written by Paul Scheer and Nick Giovanetti
Art by Steve Lieber

Teen Justice in "To Stop the Star-Conqueress!"
Written by Ivan Cohen
Art by Eleanora Carlini

Writer Ivan Cohen talked with ScreenRant in detail about the Teen Justice story, which will include the debut of Kid Quick, Jess Chambers--who will appear as the Flash in Future State: Justice League, starting in January.

"The Flash character fans have seen teased as part of Future State is, in fact, a grown-up Kid Quick, who's an analog for the idea of Kid Flash in a world where Jesse Quick is the definitive speedster," said Cohen.