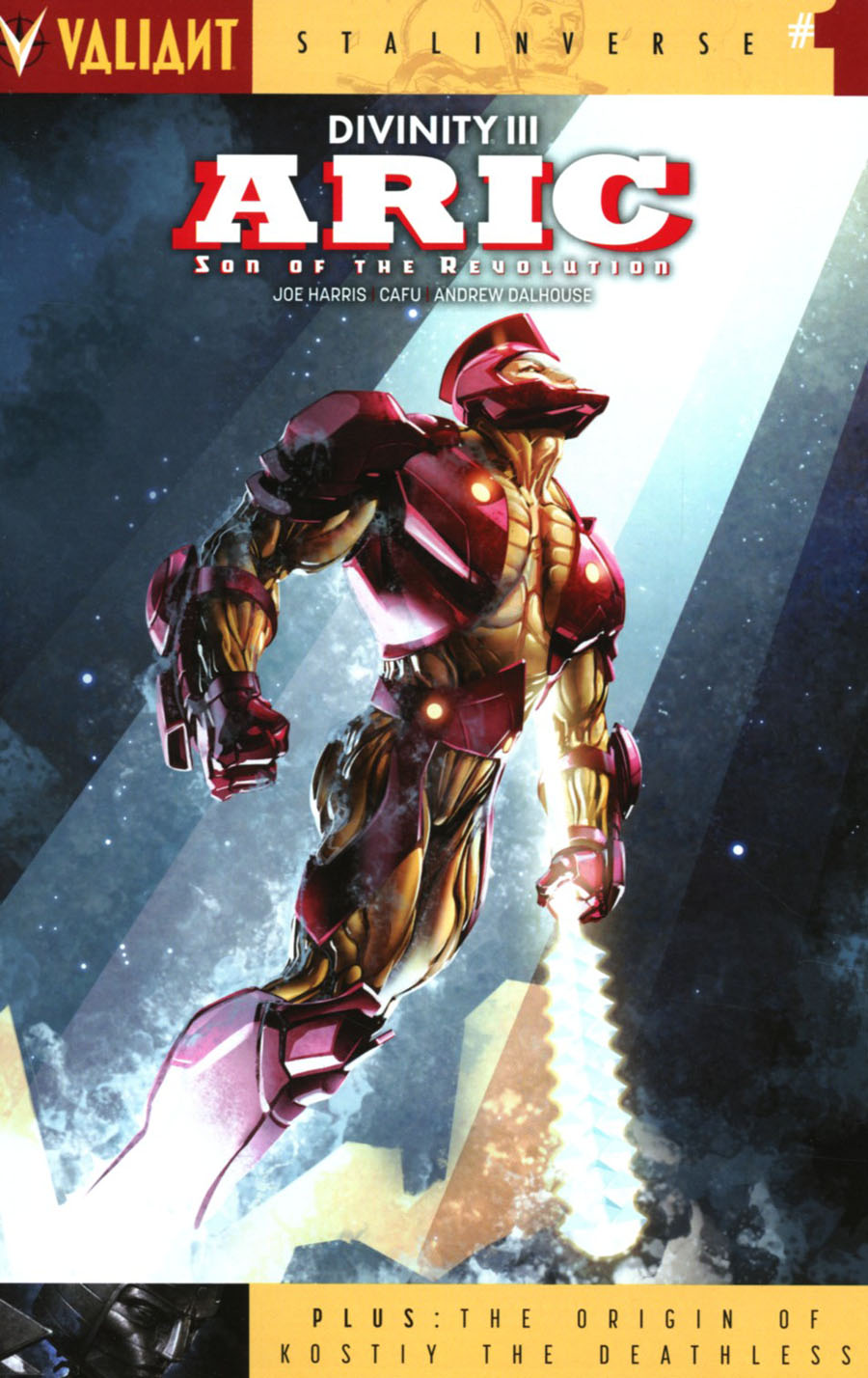 "Out of Divinity III: Stalinverse, Valiant's leading legend - the unstoppable X-O Manowar - becomes the supreme fighting force of the CCCP in the next essential special ripped from the pages of the the winter's visionary comics events! From bustling urban centers to the collective farms of the countryside, men, women, and children alike all idolize the same hero of the global Soviet republic: Aric, Son of the Revolution! Returned to Earth from the stars with the ultimate nuclear deterrent - the indestructible X-O Manowar armor - the champion of socialism has singlehandedly consolidated the state's military and political superiority at home and abroad. But when a surprise attack from a little-known enemy shines an untoward light on the modern-day Soviet Union's darkest secret, will Aric pursue his mission, or justice for the quiet dead of an empire's oppression? The Valiant Universe as we now know it continues to reveal itself as acclaimed writer Joe Harris (Snowfall) and superstar artist David Lafuente (Ultimate Spider-Man) present a star-shattering tale of sins, secrets, and tragedy for the global hero of the worldwide Communist state!"