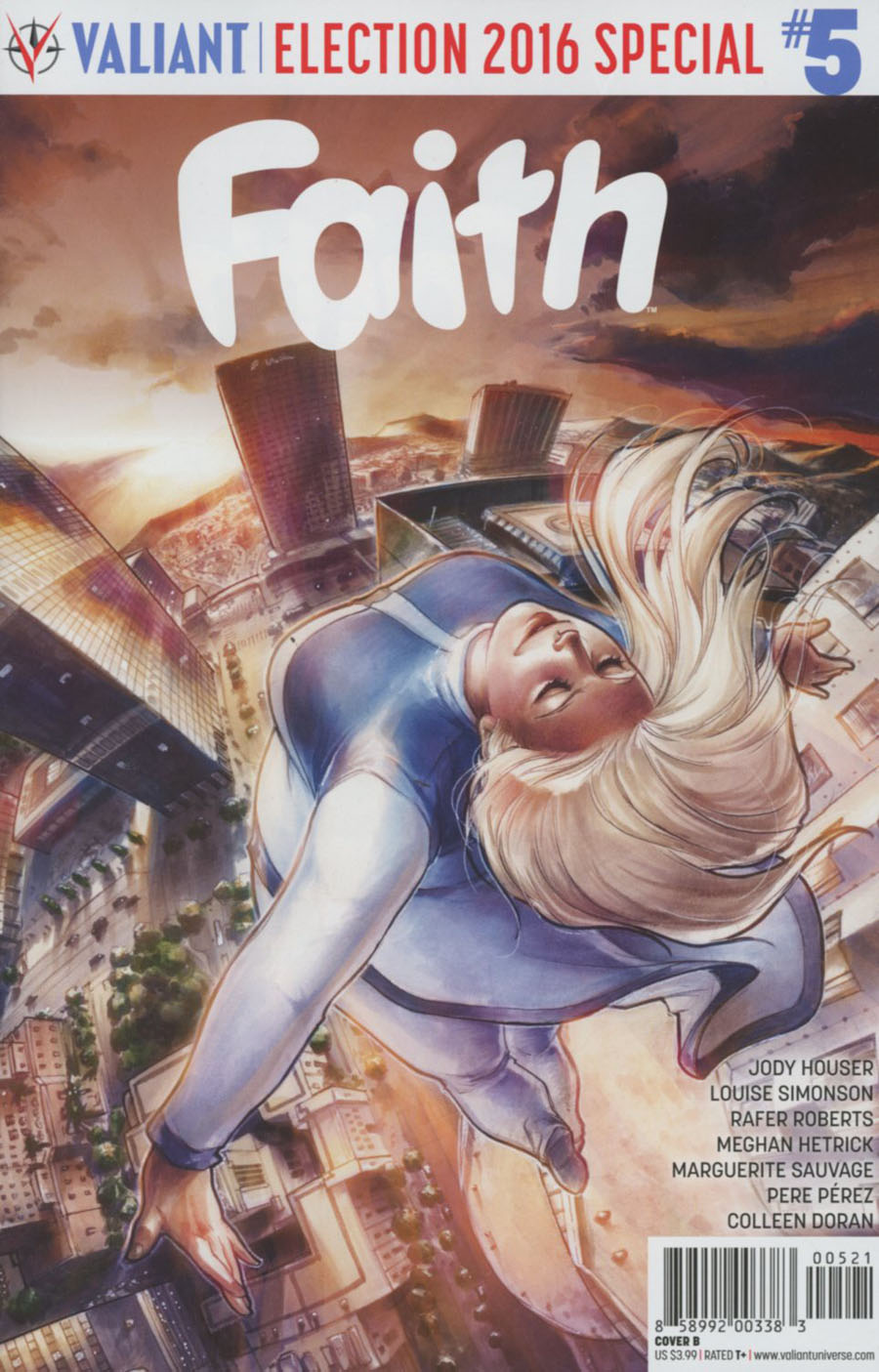 "On November 2nd, just days before Election Day 2016, legendary writer Louise Simonson and Harvey Award-nominated artist Pere Perez present history in the making with a presidential milestone like no other! Faith Herbert, star of the highest selling independent superhero debut of 2016, is a shining beacon of optimism in a challenging world. Her day job as a blogger and journalist is about to bring Faith face to face with Democratic Presidential nominee Hillary Clinton, but its her daring alter ego as Los Angeles' leading superhero that will have to save the day when a new threat emerges to imperil a pivotal moment that has all of America watching! Plus, also coming in the oversized, 48-page FAITH #5 election special: Faith's adventures continue with an all-new lead story by the ongoing creative team of writer Jody Houser (Orphan Black) and new series artist Meghan Hetrick (Red Thorn), as well an exclusive prelude to HARBINGER RENEGADES #1 - featuring the long-awaited return of Faith's beloved superteam - by writer Rafer Roberts (A&A: THE ADVENTURES OF ARCHER & ARMSTRONG) and artist TBD!"