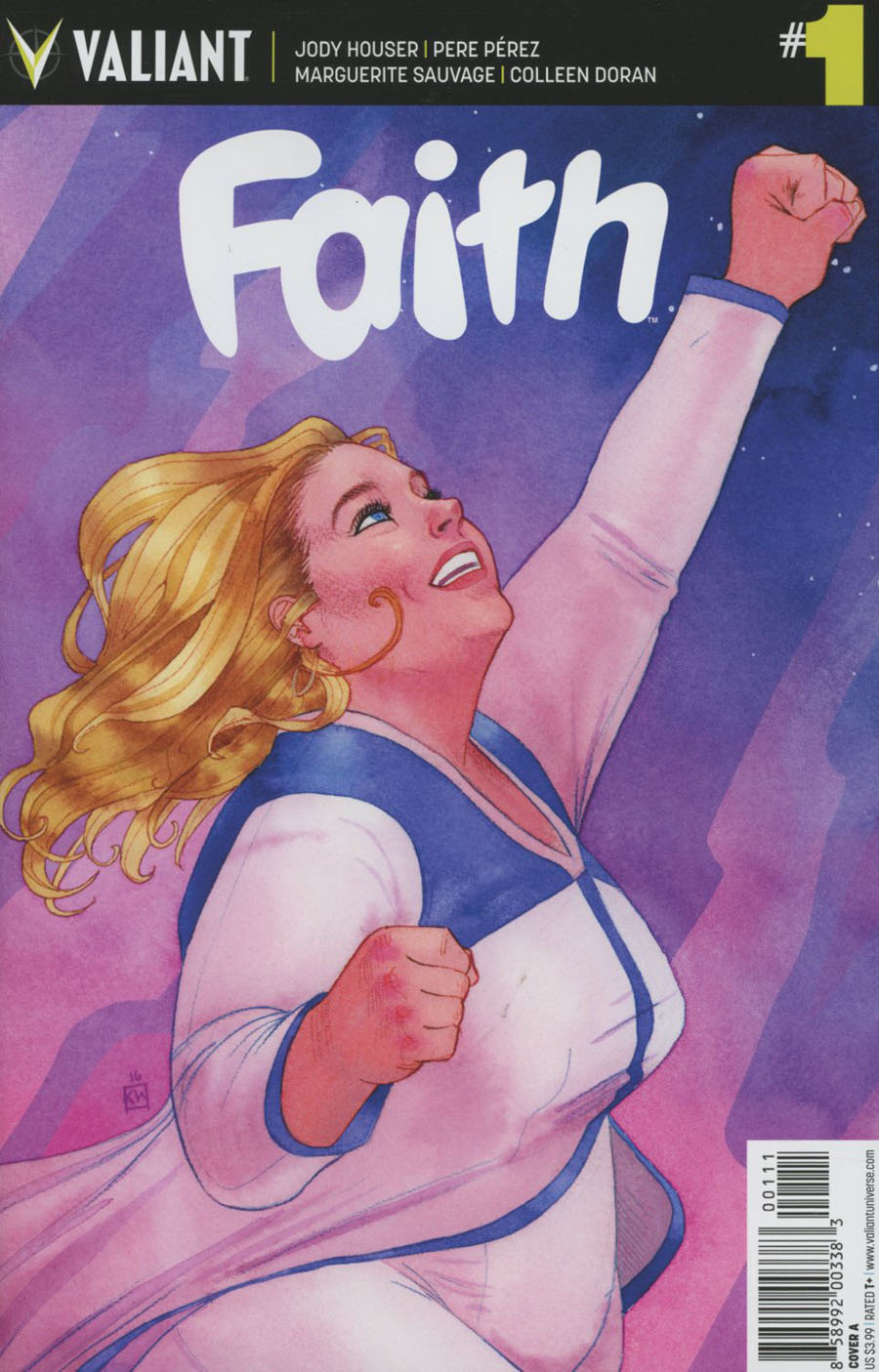 "AN ALL-NEW ONGOING SERIES! Because you demanded it? the high-flying hero that captured the imagination of the world is back with a colossal new comics milestone! In a city under siege by robots, aliens, monsters and even worse... celebrities, there is only one woman the people of Los Angeles can count on: the stratospheric superhero called Faith! Aspiring reporter by day and dedicated crime-fighter by night, Faith has tackled every obstacle in her path with confidence - like those crushing deadlines at work, the long-distance boyfriend half a world away, and the missing back issues that plague her comics collection! But, unbeknownst to her, Faith is about to collide with the one force she never saw coming: an up-and-coming super-villain bent on snuffing her out once and for all! But who is lurking behind the mask of her new foe, and could they just be the one person capable of rendering Faith powerless? Jump on board now to find out why Valiant's one-of-a-kind hero is inspiring a whole new generation! Be here as FAITH moves from her sold-out mini-series, and into the history-making debut of her first-ever ongoing series!"